YEATS William Butler (June 13, 865 - January 28, 1939) Irish poet, playwright and politician, Nobel laureate, was born in Dublin. He spent his childhood in the summer months in Sligo, in the north-west of Ireland, in his mother’s birthplace. After studying art in Dublin in 1880, he devoted himself to literature. The first known works became known at (his) age of seventeen, and in addition to songs, this period was known for many love songs and stories about medieval German knights. In the early 20th century, Yeats became interested in mysticism, spiritism, occultism, and astrology. His new areas of interest eventually began to influence his works, although some critics reject any connection between mysticism and his later poetry.

In 1913, Yeats wrote the preface to the English translation of Rabindranath Tagore's collection "Gitanjali" (Song Offerings), that earned Tagore the Nobel Prize for Literature that year. The Yeats - in the "older days" became more prolific as a poet: "The Wild Swans at Coole", 1917, "The Tower", 1928, named after Thoor Ballylee, and finally "The Winding Stair" from 1929. He presented his philosophy in the prose "A Vision" (1937), which he wrote together with his wife. Even at the age of 70, he surprised and impressed his audience with his poetry collections "New Poems" and "Last Poems and Two Plays".

The greatest moment of his great career certainly followed in 1923, when he became the winner of the Nobel Prize for Literature and thus remained in memory as one of the greatest writers of the 20th century. Some of Yeats ’poems became nationalized, such as “Down by the Salley Gardens” (Irish: Gort na Saileán) published in "The Wanderings of Oisin and Other Poems" (1889). In particular, Yeats was not only a poet, but soon, at the age of forty, became an Irish national institution.

Yeats died on January 28, 1939, at the Hôtel Idéal Séjour (today: Résidence le Louisiane) in Roquebrune on January 28th, 1939. “If I die, bury me up there” - in the churchyard at Roquebrune - “and then in a this time when the newspapers have forgotten me, dig me up and plant me in Sligo, ”he instructed his wife. Aware that the poet’s remains had been scattered in an ossuary at Roquebrune in 1946 (the section of the cemetery where he was buried was cleared out in 1946, and the bodies dumped in a mass grave). Papers confirm bones sent to Sligo were not poet’s. 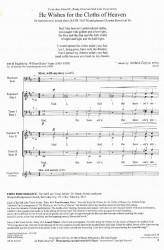 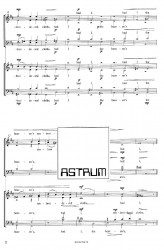