ŠPACAPAN Lojzka (born 1938), Slovenian poet and writer, was born on October 10, 1938 in Ozeljan, Slovenia. She came from a working-class family of seven children who had been active in the music field throughout. Already as a child, Lojzka showed a talent for music, as she was passionate about singing, and reciting also went well for her. As a teenager, she began writing poems. She attended the first five grades of primary school in Ozeljan, then her musical talent was discovered by choirmaster Avgust Šuligoj and Lojzka was admitted to a school in Ljubljana. Shortly afterwards, she became a member of the Slovenian Philharmonic's Youth Choir. She continued her high school career at the Bežigrad gymnasium. Until her retirement, she worked at Radio Slovenia, in the editorial board of children's and youth broadcasting. She played at the Šentjakob Theater, where she began participating in the 1955/1956 theater season and created two roles in forty-three iterations, and also participated extensively in amateur cultural societies.

At a performance where she recited one of her poems, she met well-known Slovenian poet Ivan Minatti, whom she later married. Their daughter Katarina and son Matej were born. One day, the daughter discovered a box of poems in the attic and brought it to her. Lojzka aroused strong emotions at the same time - poetry was a medicine for her. She began writing fairy tales and radio shows for children. She has published her children's and youth works in the magazines Kekec and Ciciban. After retiring, she wrote lyrics for the radio show "Pod lipo domačo" for another thirteen years.

The first poems began to appear in Sodobnost in 1957. In 1990, she published her first collection of poems entitled "Vračanje ptic (The Return of the Birds)". Her poetry is simple and vivid. 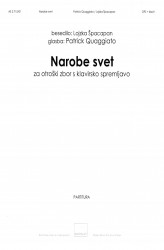 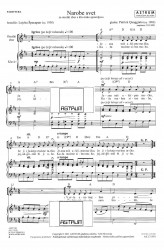