ROSETTI Christina (5 December 1830 – 29 December 1894) was an English writer of romantic, devotional and children's poems, born in London, one of four children of Italian parents. Her father was the poet Gabriele Rossetti; her brother Dante Gabriel Rossetti also became a poet and a painter. Rossetti's first poems were written in 1842 and printed in her grandfather's private press. In 1850, under the pseudonym Ellen Alleyne, she contributed seven poems to the Pre-Raphaelite journal The Germ.

Rossetti is best known for her ballads and her mystic religious lyrics, and her poetry is marked by symbolism and intense feeling. Rossetti's best-known work, Goblin Market and Other Poems, was published in 1862. The collection established Rossetti as a significant voice in Victorian poetry. The Prince's Progress and Other Poems, appeared in 1866 followed by Sing-Song, a collection of verse for children, in 1872.

By the 1880s, recurrent bouts of Graves' disease ended Rossetti's attempts to work as a governess. While the illness restricted her social life, she continued to write poems, compiled in later works such as A Pageant and Other Poems (1881). Rossetti also wrote religious prose works, such as Seek and Find (1879), Called To Be Saints (1881) and The Face of the Deep (1892). In 1891, Rossetti developed cancer, of which she died in London on December 29, 1894. Rossetti's brother, William Michael, edited her collected works in 1904, but the Complete Poems were not published before 1979. 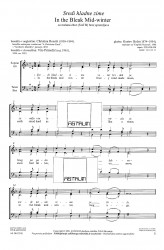 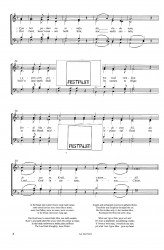