ČERNEJ Anica was born on 3 April 1900 in Čadram (Municipality of Oplotnica in eastern Slovenia) to a teaching family, so she moved frequently. After finishing elementary school, she went to Maribor (1915), where she attended a female teacher's school for nurses. After completing her teacher training (1919), she returned first to Griže, where she got her first job at a school there. A year later, she moved to Celje.

The desire for further education brought her to the Higher Pedagogical School in Zagreb (Croatia) in 1924, where she trained for two years to teach mathematics, physics and chemistry at civic schools. After returning to Slovenia, she first took her to Ormož and Maribor, but later went to school in Zagreb, where she graduated in 1930 with a degree in pedagogy, psychology and mathematics. As a professor, she continued her work first at the civic school, again in Slovenia, in Ljubljana in Moste (until 1937), and then until the fateful 1943 at the Ljubljana Teacher Training College.

She has written poems and articles that she has published in The Bell, Our Birth, The Women's World, and the Traveler, and has also published several books for children: Butterflies (1930), For Happy and Sad Times (1933), Drops (1934), Grandfather Miha (1939) and the posthumous collection Mid-Homeland (1953).

She died at the Neubrandenburg camp on May 3, 1944 as a result of bowel tuberculosis, barely 44 years old. 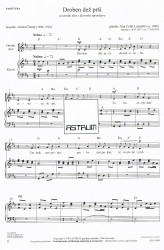 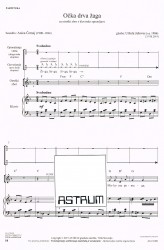