TRILER Jan (born on September 10, 2003 in Ljubljana, Slovenia) began his musical career at the Škofja Loka Music School, where he studied piano for 8 years. Already during this time he was very attracted to music composition, and so in primary school he wrote several amateur piano compositions, which he also occasionally performed. He is currently [2020] attending the second year of the Škofijska klasična gimnazija (Diocesan Classical Gymnasium in Šentvid / Ljubljana) and the second year of the Ljubljana Conservatory of Music and Ballet, majoring in musical theory. He has also written a few piano pieces so far in high school, and in the last year he has also started writing choral music. For the project assignment at Škofijska klasična gimnazija he wrote a mass in Latin under the mentorship of Tine Bec, then 2 independent secular choral compositions with lyrics by Dragotin Kette, some adaptations of Slovenian folk songs, and during the coronavirus-time in first half of 2020 a cycle of five sonnets - he write the texts of the sonnets by himself - entitled Druga stran (The Other Side), which currently [December 2020 ] is waiting for the premiere with the KGBL Chamber Choir (conductor Ambrož Čopi).

At the 2nd Competition for Choral Compositions organized by the Obala Koper Mixed Choir, the jury consisting of composers and conductors Ambrož Čopi (president of the jury), Črt Sojar Voglar (member of the jury) and Andrej Makor (member of the jury) completed the review of 22 submitted compositions, and - among others - awarded Jan Triler for the song Na obzorju (At the Horizon) the 3rd prize. Jan also received a special award for a promising young composer under the age of 20. 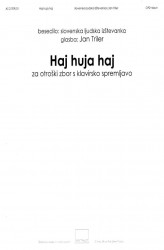 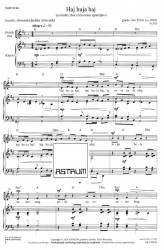 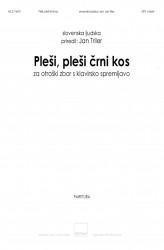 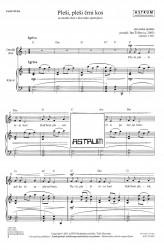