Irma Močnik (born 1970) - after graduating from the Škofja Loka High School in 1994, also graduated at the Academy of Music in Ljubljana with the theme "Spiritual Concert" under the mentorship of prof. Dr. Mirko Cuderman. Irma is a music teacher and conductor at the Davorin Jenko Elementary School in Cerklje na Gorenjskem.


With her choirs, she has won awards and first places in national choir competitions.
She is also the conductor of the Ljubljana Glasbena matica Opera Youth Choir. She has translated many lyrics, most notably the "official translations" of John Rutter's songs into Slovene, and translations of youth operas and musicals (Matthew King: Snow Queen, Hans Krasa: Brundibar, Dean Burry: The Hobbit, etc.).


Irma Močnik is married to composer and conductor Damijan Močnik. 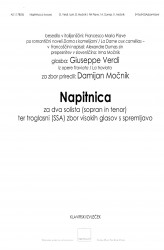 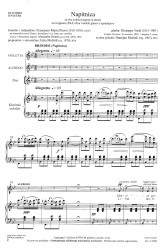 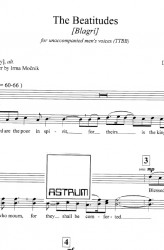