Aljaž was born in a small Upper Carniolan village of Zavrh pod Šmarno Goro, northeast of Ljubljana, in what was then the Austrian Empire. After the elementary school in Smlednik, he continued his education at the Ljubljana normal school, and then at the German grammar school also in Ljubljana. In 1866 he went to study in Vienna, where he studied ancient languages ​​(Greek, Latin and Old Church Slavonic). He wanted to become a professor, but his father's death prevented him from doing so, as his family could no longer support him in his studies. He was ordained a novice on July 31, 1871. Until 1880 he served in Tržič - where he translated Mohr/Gruber's "Stille Nacht" for the first time in Slovene language -, then he was a parish priest in Dobrava pri Kropi, and in 1889 he began his service in Dovje, where he remained until his death in 1927. His works are still very popular among Slovenes. By far his most well known construction is the Aljaž Tower (Slovene: Aljažev stolp), built on the summit of Mount Triglav, the highest mountain of the Julian Alps and of Slovenia.

The endeavours of Jakob Aljaž had a very influential role in the emergence of Mount Triglav as one of the central symbols of the Slovene people. The first verse from the patriotic poem Oh, Triglav, My Home (Oj, Triglav, moj dom) by Matija Zemljič, put into music by Jakob Aljaž, is engraved in the Slovenian 50 cent euro coin. 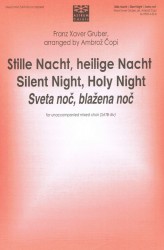 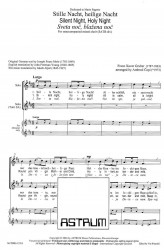 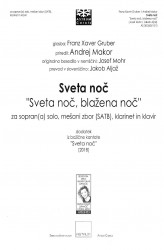 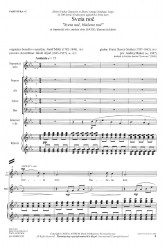