SENEGAČNIK Brane (Ljubljana, Slovenia; October 6, 1966) received his doctorate in classical philology from the Faculty of Arts in Ljubljana with the dissertation Dramaturgical Function of Side Characters in Sophocles' Tragedies. He continued his studies at the Institute of Classical Philology in Salzburg and attended several international and domestic scientific meetings and professional conferences. The main field of his scientific research is Greek drama, especially tragedy, he also deals with the reception of ancient poetry in modern times, the ontology of poetry, Greek lyric poetry and late Stoic philosophy. He is the author of several translations from Greek, Roman and Renaissance literature (Aeschylus, Sophocles, Evripides, Epictetus, Pindar, Giovanni Pico della Mirandola). In 2012, he received the Sovre Prize for his translation of Seneca's Oedipus. Dr. Senegačnik is the recipient of the Prešeren Fund Award for 2021. So far, he has published six poetry collections. He is also active as an essayist and publicist; he was the last editor-in-chief of Nova Revija. 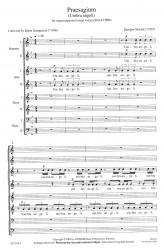