OVIDIUS Publius Naso (Ovid), 43 BC – AD 17/18, Latin poet, b. Sulmo (present-day Sulmona), in the Apennines (Italy). Although trained for the law, he preferred the company of the literary coterie at Rome. He enjoyed early and widespread fame as a poet and was known to the emperor Augustus. In AD 8, for no known reason, he was abruptly exiled to Tomis, a Black Sea outpost, south of the Danube, where he later died.

The poems of Ovid fall into three groups—erotic poems, mythological poems, and poems of exile. His verse, with the exception of the "Metamorphoses" [Transformations] and a fragment (Halieutica), is in elegiacs, which are of unmatched perfection. The love poems include "Amores" [Loves], 49 short poems, many of which extol the charms of the poet's mistress Corinna, probably a synthesis of several women; "Epistulae heroidum" [Letters from Heroines], an imaginary series written by ancient heroines to their absent lovers; "Ars amatoria" [Art of Love], didactic, in three books, with complete instructions on how to acquire and keep a lover. In the mythological category is the "Metamorphoses", a masterpiece and perhaps Ovid's greatest work. "The Fasti", also a mythological poem, contains six books on the days of the year from January to June, giving the myths, legends, and notable events called to mind on each day.

The poems of exile include "Tristia" [Sorrows], five books of short poems, conveying the poet's despair in his first five years of exile and his supplications for mercy, and the "Epistulae ex Ponto" [Letters from the Black Sea], in four books, addressed to friends in Rome. Ovid wrote poetry to give pleasure; no other Latin poet wrote so naturally in verse or with such sustained wit. A major influence in European literature, Ovid was also a primary source of inspiration for the artists of the Renaissance and the baroque. 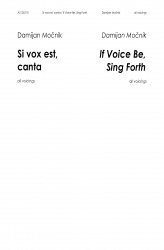