He was born into a peasant family. He attended primary school and grammar school in Ljubljana. He did not graduate from high school, but began studying theology at the Olomouc seminary, which he had to leave due to allegations of immorality in his then-published collection of poems. He made a living as a home teacher, secretary of the Trieste Slavljanska čitalnica / Slavonic Reading Room, editor of the newspaper Naprej, and wrote extensively for the newspaper Slovenski narod / Slovenian nation. He participated in the preparations for the establishment of Slovenska matica and became its first professional secretary. Together with Stritar and Jurčič, he prepared a new edition of Prešeren's Poezije / Poems. His work in the camp movement is important. In 1870 he went to Vienna and began publishing the amusingly humorous paper Pavliha. When he returned to Ljubljana, after many years of poor and unstable life, he got a job as a scriptwriter at the Ljubljana Lyceum Library, where he worked until his death. He no longer participated in public life.

As a narrator, Levstik created shorter narrative forms, e.g. an artificial story by Martin Krpan from Vrh (1858) and a literary travelogue The Journey from Litija to Čatež (1858). He also wrote for the youth (Children's Games in Poems, Who Made Vidko's Shirt). His only major dramatic text is the tragedy Tugomer, which was published in 1876 under Jurčič's name. 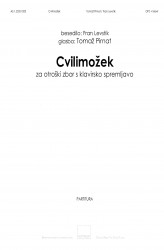 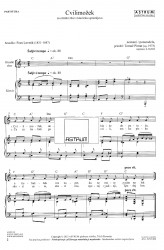