From the age of 18 to 60, he lived in Cerklje na Gorenjskem. He was a teacher for almost 36 years (until 1893). He also had an estate, a shop and an inn. He was mayor (1868–98), state postman, head of the Kranj school board, but he excelled in the field of music. For 41 years he was an excellent organist and an exemplary choirmaster in the parish church. In addition, he diligently composed: Vigred se povrne (The Spring Will Return), Kraljevo znam'nje (The King's Sign)he also wrote music for Borštnik's play Stari Ilja (Old Eliah), which was performed in the Ljubljana Drama. 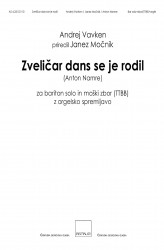 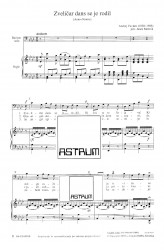