MASSENET Jules Émile Frédéric (May 12, 1842 – August 13, 1912) was a French composer best known for his operas. When he was eleven his family moved to Paris so that he could study at the Conservatoire there. In 1862, he won a Grand Prix de Rome and spent three years in Rome. His first opera was a one-act production at the at Opéra-Comique in 1867, but it was his dramatic oratorio, Marie-Magdeleine, that won him the praises of the likes of Tchaikovsky and Gounod. From 1878, he was professor of composition at the Paris Conservatory. His greatest successes were Manon in 1884, Werther in 1892, and Thaïs in 1894.

In addition to his operas, he also composed concert suites, ballet music, oratorios, and cantatas and about two hundred songs. Some of his non-vocal output has achieved widespread popularity, and is commonly performed: for example the Méditation réligieuse from Thaïs. 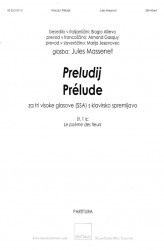 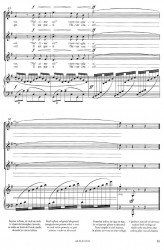