As one of the young emerging composers, Michele Josia's work encompasses film soundtracks, choral and orchestral works, and far more than merely a composer, he's also a well known choir conductor. With his ensemble, he won several first prizes and special awards in national and international choral competitions (Skofja Loka, Maribor, Bad Ischl, Riva del Garda, Bratislava) as well as getting official awards by the government of Slovenia. He was assistant conductor of Fabrizio Barchi, Stojan Kuret, Urša Lah and co-founder with Mauro Marchetti of the Italian – Slovenian choir “Vocalkor”. With a background experience gained in more than 20 years, Josia has assets of more than 170 concerts in Europe, including the direction and performances of his compositions in renowned international competitions (Maribor, Varna, Tolosa, Vittorio Veneto) as well as in important concert halls such as the Slovenian Philharmonic Hall, the “Cankarjev Dom” in Ljubljana (Slovenia) and the Mozarteum Concert Hall in Salzburg. With his ensembles, as conductor and assistant conductor, he recorded 18 CDs. He is often appointed as a jury member in composition competitions and in international choral competition contests, as well as lecturer in choral conducting and film music masterclasses. A polyhedric and multi-talented musician, Josia combines his academic knowledge of orchestration, composition, human voice and choirs, with the today’s new technology of digital instruments, which perfectly match with visual images.

Among his works, Josia collaborated as choir conductor assistant with Ennio Morricone in the preparation of the soundtracks of films such as “Vatel”, directed by Roland Joffè, “Aida degli alberi” (Aida of the trees) by G. Manuli, “Padre Pio tra cielo e terra” (Padre Pio between Heaven and earth) by Giulio Base, “La Piovra 10” by Luigi Perelli, and also in “Giuseppe di Nazareth”, directed by Raffaele Mertes, with music by Marco Frisina.

Michele Josia was music consultant (uncredited) for the feature-length film "Amanda Knox: murder on trial in Italy", directed by Robert Dorhelm, produced by LifeTime TV and Craig Anderson Productions (U.S.A.), and starring Hayden Panettiere. Later on, he was guest lecturer for film music at the prestigious Zaki Gordon Institute for Independent Filmmaking in Sedona, Arizona (U.S.A.) invited by Dan Gordon, one of the most well-known Hollywood screenwriter (Wyatt Earp, The Hurricane, Passenger 57, Murder in the First, The Assignment). In December 2011, his music was performed by the renowned American composer, conductor and Grammy Award winner Eric Whitacre. 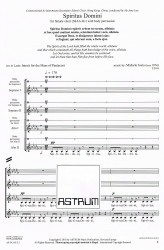 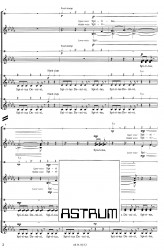