HANDL-GALLUS, Iacobus, Jakob Petelin Kranjec (Latin: Iacobus Gallus Carniolus; also Handl or Händl), Slovenian composer (born at the end of July 1550, most probably Šentviška Gora, Slovenia; died 18 July 1591, Prague, Czech Republic). He is said to have been educated at the monastery in Stična, Slovenia, traveled through Lower Austria in his youth and lived in the Danube monasteries of Zwettl in Melk, and later traveled to Prague, Wroclaw and Olomouc.

His most notable work is the six-part "Opus musicum", 1587, a collection of 374 motets that would eventually cover the liturgical needs of the entire ecclesiastical year. The motets were printed in Prague printing house Jiří Nigrin, which also published 16 of his 20 extant masses.

His wide-ranging, eclectic style blended archaism and modernity. He rarely used the cantus firmus technique, preferring the then-new Venetian polychoral manner, yet he was equally conversant with earlier imitative techniques. Some of his chromatic transitions foreshadowed the breakup of modality; his five-voice motet "Mirabile mysterium" contains chromaticism worthy of Carlo Gesualdo. He enjoyed word painting in the style of the madrigal, yet he could write the simple "Ecce quomodo moritur justus". In Bach's Leipzig this motet was sung at Good Friday vespers, following the Passion and before the final collect & benediction. It is quoted in movement 9 of Handel's "Funeral Anthem for Queen Caroline", HWV 264.

His secular output, more than 100 short pieces, was published in the collections "Harmoniae morales" (Prague 1589 and 1590) and "Moralia" (Nuremberg 1596). Some of these works were madrigals in Latin, an unusual language for the form (most madrigals were in Italian); others were songs in German, and others were compositions in Latin.

Gallus was a contemporary of Palestrina and Orlando di Lasso. He was a successful and respected composer during his lifetime, but he sank into oblivion on home soil over the centuries. Musicologists Josip Mantuani and Kamilo Mašek once again drew attention to it in Slovenia. Between 1985 and 1996, SAZU published his works in twenty volumes, edited by Edo Škulj in the MAMS series. A catalogue of Handl-Galus' works "Opera Galli" is available here. 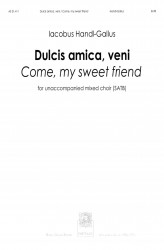 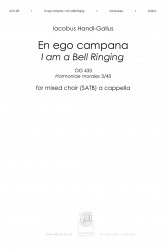 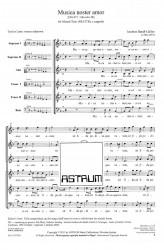 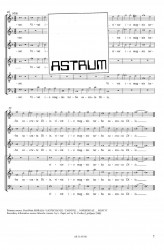 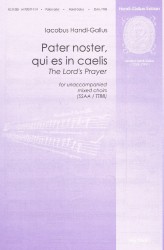 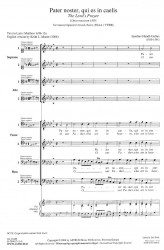 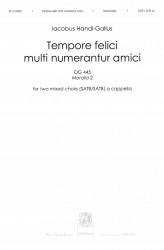 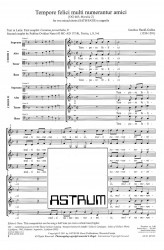