GAŠPERŠIČ Egi (Kropa, Slovenia; September 1, 1936), music teacher, musicologist. In a family of as many as twelve children, they were very involved in music. After high school graduation, he studied musicology (1963, Academy of Music Ljubljana) and horn (Secondary Music and Ballet School, Ljubljana), and at the same time played in the Radio Symphony Orchestra. His career is related to Radovljica, where (except for the first three years), until his retirement in 1997 he was the head of the Radovljica School of Music. In a mutual understanding with a group of young people, a school of dedicated and loyal associates, he has steadily built and developed music education in his environment.

His first encounters with the choirs date back to his high school years. He has been leading one choir for a continuous 42 years, and since 1980 in Podnart. With his characteristic choice of meaningful and thematically rounded programs that revive the musical heritage, he enriched the musical life in his environment and set standards for others in this type of amateur activity. His performances were solid, clearly profiled and convincing.

Gašperšič's contribution to music education is important. He has written many short compositions for all kinds of instruments (wind, brass, strings, accordion, piano). The compositions are intended for instruction, home play and public performances. These are mostly adaptations of folk songs, which significantly contributed to the nurturing and revival of the Slovenian musical heritage. He has also created a number of works for chamber music and group music, from duets and tercets to choirs and accordion orchestra. Many of them have also been published in collections and individual publications.

Gašperšič's contribution to choral literature is also significant. A number of compositions for men, women and mixed choirs have been published in the magazine Naši zbori (Our Choirs) and at Astrum Music Publications, as well as in numerous collections, such as Preč je zdej to staro leto / TheOld Year is Gone (1990), Kje je moj mili dom / Where is My Sweet Home (1989), Pa jo zapojmo / Let's Sing It (1996), Danes po vseh krajih zemlje I, II / Today All Over the Earth's Places I, II (2002, 2003). Many of them, of course, were performed for the first time with his own choirs, but also found their way into numerous choirs throughout Slovenia and beyond.

Egi Gašperšič also devotes himself to researching music legacy in Gorenjska and Carinthia and to editing. Particular mention should be made of his concern for Anton Nagele's composing oeuvre and Milka Hartman's lyrics. 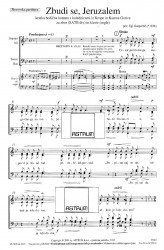 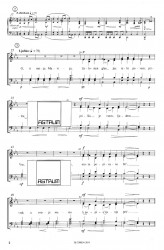