FEGUŠ Maksimiljan (August 18, 1948, Ptuj) academic musician, composer, conductor, choirmaster, university professor - spent his childhood years in Haloze, at Gorca near Sveta Trojica, where his father was an organist. After elementary school in Podlehnik (1963), he completed trade school in Ptuj (1966). He began his musical education in Ptuj, where he graduated from junior music school, majoring in trumpet and piano (1967). Then, in 1971, he completed his education at the Secondary School of Music and Ballet in Maribor, where he studied trumpet and attended the teaching theory department.

He continued his studies at the Academy of Music of the University of Ljubljana (AG UL). He ended his studies in 1975, and in 1993 graduated with honors from the Department of Composition and Music Theory under prof. Dane Škerl and earned the title of academic musician - composer. In the years 1992-1995, he also studied conducting at AG UL with prof. Anton Nanut.

During his studies, he worked as an organist in several churches for many years, lectured at the Organ School in Ljubljana (1971-1975), then for several years at the Maribor High School of Music and Ballet and at the same time at the Organ School in Maribor. Between 1977 and 1995, he was the conductor of the Opera and Ballet Choir of the Slovenian National Theater (SNG) Maribor.

He founded several choirs and regularly or occasionally led many choirs and orchestras and performed mainly vocal-instrumental works with them. Among other things, he founded and led the Youth Chamber Choir (MlKZ) Iuventus Seraphica (1969) in Ptuj, which performed mostly Renaissance works, and performed and recorded with it at home and abroad. He was also the founder and head of the Ptuj MePZ Sv. Viktorina (1971–1992).

He received many awards and recognitions for his work. 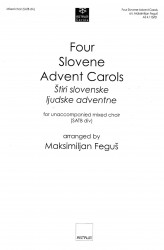 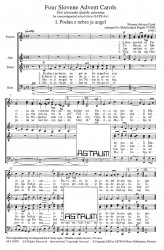