Rabindranath Tagore, eminent Bengali Renaissance poet, philosopher, essayist, critic, composer, and educator was born on May 6, 1861 in Calcutta (India) into the Brahmin caste - (the family surname, "Tagore," was an anglicization of the Bengali "Thakur," which means "Lord") - Rabindrinath Tagore came of an affluent, artistic and well-educated Hindu family who were activists of the Bengali Renaissance. His grandfather Dwarkanath Tagore was one of the first Hindus to visit England; the poet's father Debendranath Tagore was active in the Brahmo Samjai, a Hindu nationalist movement which stressed the revival of Indian literature and folklore, while at the same time promoting cross-cultural ties between East and West.

From his boyhood, Tagore wrote verse – some 7000 lines by the time he was seventeen. Raised in an atmosphere where the necessity of East and West to each other was a basic tenet, Tagore was sent to England in 1877 to study at University College in London.

Rabindrinath Tagore became the first-ever Asian writer to be awarded a Nobel Prize – in 1913 for his cycle of song-poems, Gitanjali, for which he made English free-verse translations of the original Bengali lyrics. His long and influential artistic, political, and pedagogical career helped build a bridge between Western and Eastern thought.

Tagore also wrote the music (!) and words for India's national anthem Jană gană mană adhiňayaka ĵaya hé! (Thou Rulest the Minds of All People). The anthem was first published in 1912, sung at the historic midnight session of the Constituent Assembly on 14th August 1947 and adopted as the Indian national anthem in 1950.

He died on August 7, 1941, seven years before Mahatma Gandhi, who found inspiration in Tagore's writings, would win independence for India. 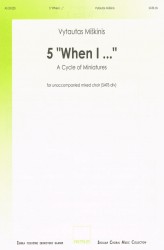 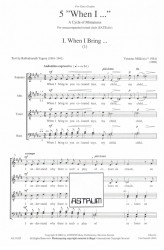