PLESTENJAK Jan - born March 27, 1973 in Ljubljana, Slovenia, spent his childhood in Škofja Loka - is an author and singer who began his musical career as a classical guitarist.

After his first successes, when he received three first prizes at the Yugoslav competitions for young guitarists, his musical path took him into jazz waters. He was a Berklee College Fellow in Boston, MS (USA), where he studied arranging and guitar. He continued his studies at the Music Conservatory in Celovec/Klagenfurt (Austria). Through all these years, his songwriter's talent has developed. It was because of this that he began to test himself as a singer.

In his career as a singer, he recorded 13 albums, 3 in gold and 6 in platinum. Behind him is also a rich concert path. 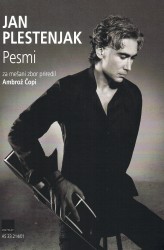 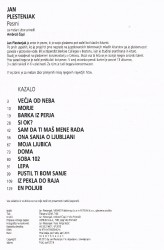