PIUMINI Roberto, born in 1947 in the province of Brescia and graduated from Pedagogy at the University of Milan. He soon devotes himself to teaching and he also acts as an actor and then devotes himself to writing full time by writing and publishing very different books devoted primarily to a child but also an adult audience.

He has also written theatrical texts, songs, scripts, translations and rewrite in modern key literary works. His first book of tales, "Il giovane che entrava nel palazzo“ (The young man who entered the palace), came out for the New Editions in Rome in 1978, winning the One Hundred Prize in 1979. With "Stories of the Horizon" (Storie dell'orizzonte), a collection of eighteen tales illustrated by C. Mariniello, Piumini won the Andersen Award 1983 Fairy Tales and the Le Palme d'Or Award in 1984.

Particularly attracted by the young people, he collaborated for a long time in the 1980s with boys and teachers, and in particular with Professor Ersilia Zamponi of Omegna. From the search for ancient traditions and legends, made available by locals, was born the book „La capra Caterina“ (Caterina the Goat) published in 1984, in the form of a ballad, taken from Interlinea editions among the first titles of the "Le fane" necklace; from a experiment on poetry from which the locopoies drama (1986) was born, a playbook of words. Always in collaboration with Ersilia Zamponi wrote in 1988, published by Einaudi, Calicanto a guide to the reading of the poetic text.

Piumini has also been devoted to important translations of classical and mythological texts, which he reduced and re-proposed in modern terms because they were accessible to teenagers. Examples are „Elena the weapons and heroes“ (Elena le armi e gli eroi) published by Joints in 1992 and with Renzo and Lucia published by Einaudi in 1993.

In the nineties he signed the texts for the RAI program „The L'Albero Azzurro“. He also wrote some songs for Kinder Ferrero's cartoons: We are the tender Magotti and Water wins the fire, which are arranged by Fabio Coppini.

From the story The captive cook has taken the movie Totò Sapore and the magic story of the pizza. He also wrote adult books (The Corporal Virtues, The New Comedy of Dante), and rewritten and adapted "Romeo and Juliet" for the school.

In 1991 he won the Literary Prize Piero Chiara In 1995 he won the Hundred Award for the „Denis del pane“ (Denis Bread Book). In 2012 he is in the fifteenth finalist of the "Settembrini" Award of the Veneto Region with the collection of stories „L'amatore“, published in 2011 In 2014, he received Novara's "Graceful Earth Heron Award" award for his career, intended for writers who were able to tell the plains, especially Mattia and his grandfather. 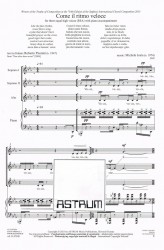 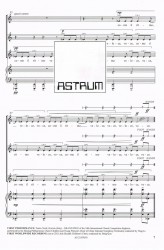