PIRKOVIČ Igor (August 31, 1970, Postojna, Slovenia) has a university degree in law with a bar exam. He began his career in diplomacy, he was the Consul of the Republic of Slovenia in Bosnia and Herzegovina. He later joined the media and is now employed by RTV Slovenia. For many years he was the editor of the show "Tednik", and now he hosts the show "Odkrito". Years ago, he was also the deputy director of Television Slovenia.

He is one of the most prominent songwriters for Slovenian music, for which he has received numerous festival awards, including for the text at Slovenska popevka, he is also the author of the text of the song "Verjamem (I Believe)" by Eva Boto, the Slovenian representative at the Eurovision Eurosong Festival. He wrote an author's album of songs for children performed by Anika Horvat and a youth musical. According to public data, he contributed around 300 texts to the treasury of Slovenian music. The author, who has been awarded several times at festivals, is also a member of the Association of Slovenian Music Poets, which he also chaired until recently. As a poet, he is strongly committed to homeland poetry: he published the collections "Slovenska pesem" / A Slovenian Song (2013), "Zbudi se, Slovenija!" Wake Up, Slovenia! (2017) and "Skupaj" / Together (2020). About the collection "Skupaj", he said: “This collection was created for two“ external ”reasons. It is right that we also remember the 30th anniversary of independent and sovereign Slovenia. The collection we are talking about now could have been created a year later, but I hurried with it precisely because of this anniversary. This is a gift to Slovenia! The second reason for it is the first Covid-19 wave: a lot of time, idleness, staying at home, waiting… And I said to myself: it is right that at such a time something is created for the future! 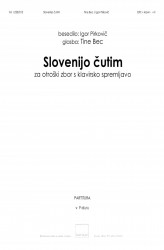 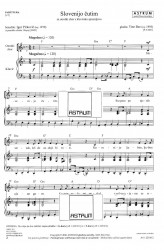 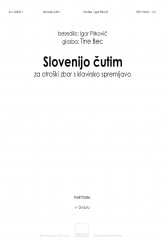 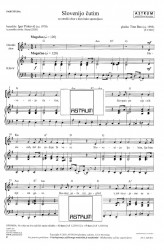