KARLIN Alma Maximiliana (1889–1950),  an extraordinary woman, a female creature - as she used to call herself, a writer, a worldwide traveller, an explorer, a polyglot, and a theosophist as well as a cosmopolite, Alma M. Karlin was a distinguished personality from Celje, Slovenia and is indelibly imprinted on the mind of the city and its inhabitants; in the Slovene cultural memory the knowledge and awareness about her literary, exploratory and spiritual transmission always strikes against the reproach about the nationality - " but she was German, she wrote in German".

The time in which she grew up and matured into an individual was the age of decline and destruction of the Austro-Hungarian mo-narchy, and the individuality had a greater meaning for Karlin as the nationality did. Marked with a physical defect and asymmetric eyes at birth, she was foretold a short life or a mental retardation. She remained of a fragile physical constitution for all of her life, but soon developed a high level of consciousness about herself and her aims: to understand the languages of the world, to travel worldwide, and to become an international writer.

The gift for languages, which she had already developed in her informal education at home in Celje, was given a full swing during her stay in London, from 1908 to 1914, where she passed the exams from eight languages at the Royal Society of Arts. London and its Babylonian mixture of races, cultures, and languages, finally confirmed her in her intention to travel the world and write about her perceptions, discoveries, and events on the way. This resulted in the eight years long journey around the world, visiting all the continents, and living in the most distant parts of the human civilisation - about which she wrote and drew promptly with careful attention. After returning home, she wrote her renowned travelogue in three parts, which was reprinted several times in the edition of over 100,000 copies, and was translated into the English, the Finnish, and at last also in the Slovene language. These books were followed by the others with which Alma Karlin reached at least European if not even a world fame; she was so popular in the German cultural space in the 1930s that they started establishing the Alma Karlin associations, where the supporters of her writing and her view of the world met, and the Swedish Nobel prize winner, the writer Selma Lagerlöf informally nominated her for the Nobel prize. There was no proper response to her work in Slovenia until 1960s when she was "discovered" by the Slovene ethnologists. 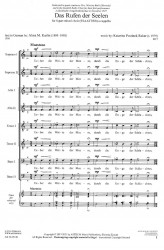 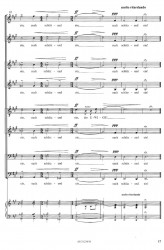