The song Ave verum Corpus [Christi], a Eucharistic hymn most famously put to music by Mozart, is commonly attributed to Pope Innocent VI. It was sung during the elevation of the Host at Mass in the Middle Ages, and was also sometimes used during Benediction. Today is mostly used for the Feast of Corpus Christi liturgy use. 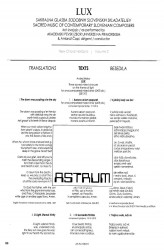