Marijan Dović (1974, Zagreb, Croatia, living in Novo Mesto, Slovenia) studied comparative literature and Slovenian language at the Ljubljana Faculty of Arts and in 2006 defended his doctorate in literary studies. He works as an Associate Professor at the ZRC SAZU Institute of the Slovenian Literature and Literary Studies (Ljubljana) and lectures occasionally at the Faculty of Arts (University of Ljubljana) and School of Humanities (University of Nova Gorica). His most recent books are Prešeren po Prešernu (Prešeren after Prešeren, 2017), and National Poets, Cultural Saints: Canonization and Commemorative Cults of Writers in Europe (with J. K. Helgason, 2017). He co-edited thematic volumes on literature and censorship, publishing, book history, spatial turn in literary studies, and literature and music. His major publications in English address Romanticism, European cultural nationalism, national poets and “cultural saints”, the literary canon, systems theory, the interwar avant-garde in the Balkans, and the theory of authorship. He is the editor-in-chief of the comparative literature journal Primerjalna književnost (2016–) and a co-editor of the book series Studia litteraria (2018–).

He also works as a jazz musician and composer. As a violinist, he recorded with prominent ensembles and musicians (Žabjak bend, Brina & String.si, Renato Chicco, Alenka Godec ...) and performed with many other Slovenian and foreign jazz improvisers. With his sextet, he recorded the debut album Gorjanske bajke (Tales from the Gorjanci Hills, Goga, 2005; later partly arranged for the symphony orchestra), which was followed by the album Got Rhythm? (Celinka, 2018) with his current Corcoras string quartet. He also writes for choirs and chamber ensembles. In the years 2000–2008, he was the music director of the Jazzinty International Music Workshop and the editor of the Goga Musica CD collection. In 2008, he received the ZRC SAZU Silver Medal and the Trdina Award. 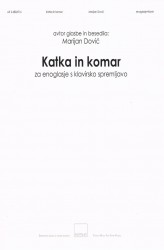 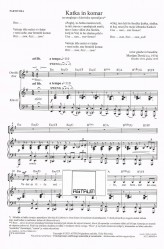