After graduating from the classical grammar school, he studied theology in Maribor, Ljubljana and Rome, Italy, where he received his doctorate, and continued his studies in Paris. He was ordained a priest on June 17, 1945 in Zerman (Diocese of Treviso). Until 1969, he worked as a priest among Slovenes in Trieste. He lectured on basic theology, especially ecumenical theology at the Faculty of Theology in Ljubljana (1970–1999) and Maribor.

In addition to working as a lecturer at the Faculty of Theology in Maribor, he also performed other work. In Trieste he edited the ecumenical anthology "Kraljestvo Božje / The Kingdom of God". He was the editor of the ecumenical anthology "V edinosti / In Unity" (from 1970 until his death) and the editor of the anthology "Dom in svet / Home and World". He was also the founder of Slomšek's publishing house and its leader since 1992. His bibliography is very extensive, comprising over 490 units. He published his scientific and professional articles, discussions and essays in anthologies and various journals (in Bogoslovni vestnik, Edinost, Nova Mladika, Znamenje, Božje okolje, Mohorjev koledarj, Dom in svet). He also wrote prose and poetry. His role in establishing contacts with Slovenian writers and cultural figures from post-war emigration is also important. 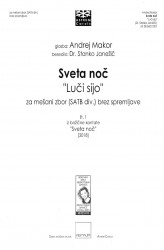 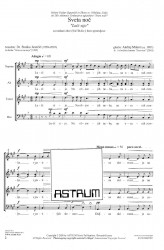