GROZDE Lojze [grozdè lójze], (27 May 1923, Zgornje Vodale (Dolenjska, Slovenia) - 1 January 1943, Mirna) Slovenian poet, martyr and blessed. After elementary school he went to study in Ljubljana. He lived in the student institution Marijanišče and attended the classical gymnasium, where he was an excellent student. There he established himself as a literary creator.

At the end of 1942, he left Ljubljana for home. At the first house in Mirna, he was captured by a partisan guard. They found a Latin missal, Tomaž Kempčan's prayer book The Imitation of Christ and a booklet about Fatima. The interrogation continued at a nearby inn. Grozde was suspected of being a war informant (because of the Italian permit and religious literature). After a speedy trial, Grozde was executed.

Lojze Grozde was the second Slovene (the first was Anton Martin Slomšek) to be officially beatified.

After Grozde, 153 poems and 22 prose texts remain. His favorite form was sonnets, he also produced an extreme form, a poetry in prose. He liked to use figurative art, rhetoric, professed faith in man and God, and was above average compared to other young poets. 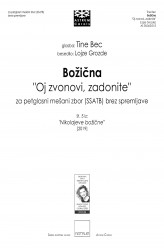 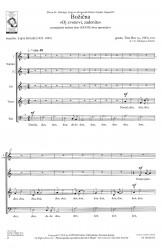